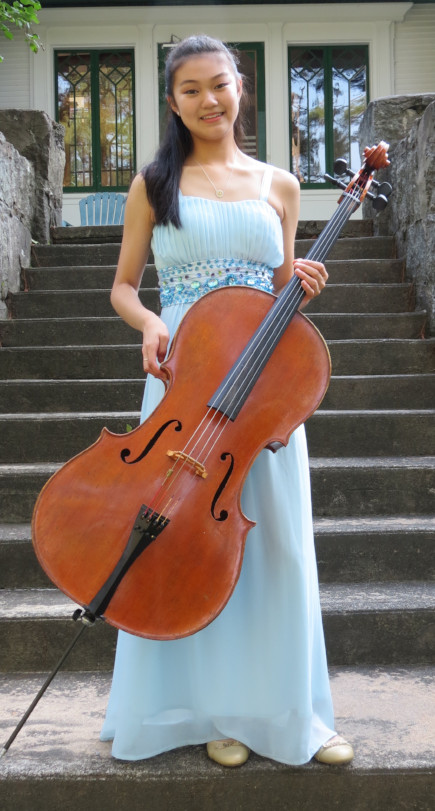 Abigail Leong is fourteen years old and attends The King’s Academy in Sunnyvale. She started learning cello at the age of four, and her current teacher is Jonathan Koh of the San Francisco Conservatory of Music Pre-College Division, where she is furthering her music studies. Her previous teachers include Irene Sharp, Michail Gelfandbein and Amy Hsieh. At the age of ten Abigail made her solo debut at Carnegie Hall, performing the first movement of the Saint-Saëns Cello Concerto.

Abigail has participated in music camps and workshops every summer since the age of six. She studied at the Meadowmount School of Music in New York for the past two summers. Abigail enjoys music outreach at retirement homes and hospitals, as one of her goals is to share music with others. Abigail’s other passion is dancing tap, modern, and hip hop, enjoying the beautiful choreography of dance and music.