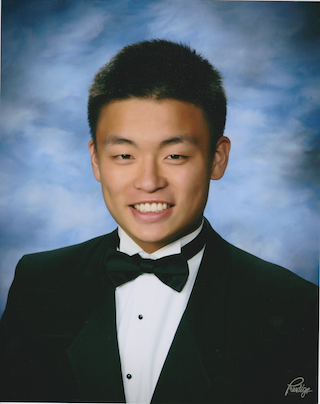 Andrew Chang, 17, attends Mission San Jose High School and has been playing violin for 11 years. He began studying under Amy Zhang and currently studies under Florence Huang. Andrew has been a part of the California Youth Symphony for eight years, and has won several awards and prizes in music competitions. He received first place awards in the Senior Solo, Ruby Senior Concerto, and Instrumental Intermediate Divisions of the U.S. Open Music Competition. He also received first prizes in the Intermediate and Junior Divisions of the Contra Costa String Competition, Group C of the CMTANC Competition, and the AFAF Golden Strings of America Competition. Andrew has placed second in the Menuhin Dowling Competition, Group D of CMTANC, and the ASTA Competition. He was awarded an Honorable Mention in the Fremont Symphony Orchestra Young Artist Competition as well. Andrew has performed with the Fremont Symphony Orchestra and the Diablo Valley College Orchestra.

In addition to his musical exploits, Andrew is a very active athlete. He has played soccer for 11 years, and was a part of the CalNorth Olympic Development Program state soccer team. Andrew is a 4-year varsity soccer player at his school, currently serving as the captain. He was selected for the MVAL All-League Second Team as a junior. He currently is the captain. At school, Andrew has been a class officer for four years as well, serving first as the treasurer and then vice-president.