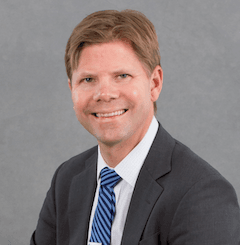 Chris hails from the Bay Area and is a graduate of San Jose State University and the Juilliard School, along with having been a fellow with Michael Tilson Thomas’s New World Symphony. From 2008 to 2019 he was the Principal Percussionist with the Kansas City Symphony, having served on their Board of Directors, Orchestra Committee, and created high profile development and marketing events. He has also served as a strategic development and marketing consultant for arts groups around the country. As a musician, besides the Kansas City Symphony, he has performed with the San Francisco Symphony, the Los Angeles Philharmonic, the Philadelphia Orchestra, the Cleveland Orchestra, the Chicago Symphony, and others. 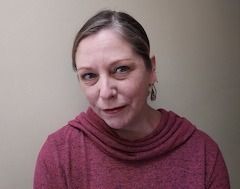 Kelly Kemp is a teacher, dance artist and administrator at heart. She earned her BS in Education  in 1998 and her MFA in dance in 2001. Throughout her collegiate studies, she was introduced to a variety of administrative and production management skills. After moving to the Bay Area in 2002, she offered public and private classes at ODC, Dance Mission Theater and CounterPulse. She has performed with a slew of professional organizations including Flyaway Productions, Lizz Roman and Dancers and Deborah Slater Dance Theater. From 2005 to 2014, she served as the Artistic Director of her company Number9, during which her work was commissioned by USF, UC-Fresno and Bay Area Dance Watch. After providing Office Management, Bookkeeping, and Client Accounting Services for several non-profit organizations, artists and corporations, she is delighted to join and support the prestigiously elite California Youth Symphony.

An alumna of the California Youth Symphony, Carmina Eylar graduated from San Jose State University with a Bachelor of Music degree in Performance on String Bass. She was under the tutelage of principal bassist Robert Manning from the former San Jose Symphony and Bruce Moyer from Symphony Silicon Valley.  Prior to joining CYS, Carmina was as Assistant Account Manager in the commercial casualty and health insurance industry at some of the top insurance brokers worldwide. She was also a co-owner and teacher of a Polynesian dance school in the Bay Area from 1998 - 2002. Carmina is thrilled to be part of the California Youth Symphony - a prestigious organization and leader in arts education and performance. 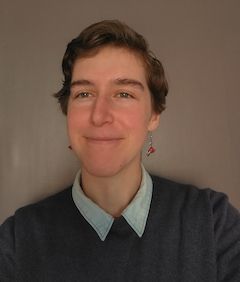 Violet Leone Rivers is in her second year as the Operations Coordinator at CYS. She is also a director’s assistant for Symphony d’Oro. Leone received her Bachelor’s Degree in Music from UC Davis, where she specialized in Percussion Performance. She studied with Chris Froh. She has performed with numerous UC Davis ensembles, as well as Symphony d’Oro Rancho Cordova and Camerata California. She served as Manager for the UCD Concert Band, Music Librarian for the Cal Aggie Marching Band-uh, and conductor for the UCD Campus Band. She has premiered pieces in the UC Davis Graduate Composers Concert, and performed in a masterclass with Mayumi Hama. During the pandemic, Leone guided hundreds of 8-80 year olds through the technical aspects of Zoom rehearsals and virtual performances. As of July 2021, she helped put together six virtual concerts, and coached the percussion section of the San Francisco Lesbian Gay Freedom Band for three more! As rehearsals get back in person, she helps with rehearsal planning and setup, making sure they run smoothly and safely.