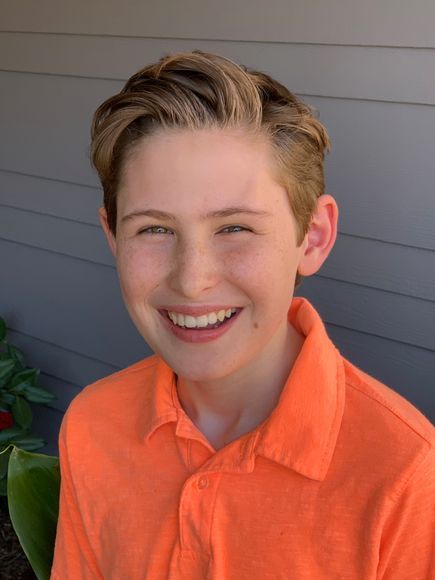 Bren Altenbach, twelve years old, has been performing since age four. He regularly sings solos for the Lake Wildwood Women’s Chorus and the Nevada County Fair. In addition, he has performed the National Anthem at oﬃcial Veterans and Memorial Day ceremonies, as well other military ceremonies. After a brief stand-in appearance in 2012 for “The Music Man,” Bren was bitten by the theater bug, appearing two years later as Buddy in Synthetic Unlimited’s “Home for the Holidays.” In the summer of 2018, he played the lead of James in the Sierra Stages production of “James and the Giant Peach,” performing 16 shows to many sold-out audiences at the Nevada Theater. Professional classical solo engagements include Music in the Mountains' 2017 production of Dan Forrest’s Requiem and, in May 2018, the part of David the Shepherd in Honegger’s oratorio King David in Los Angeles. The May 2019 InConcert Sierra presentation of Fauré's Requiem featured him as the boy soprano soloist in “Pie Jesu.” Bren loves running, gaming, boy scouts, playing with friends, and spending time with family. He also plays the piano and is planning to learn the trumpet.