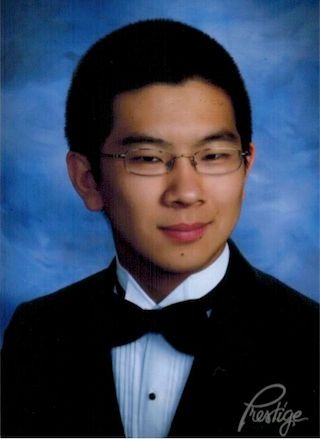 Jonathan Lin started playing the tuba at the age of 11 and studies with Tony Clements. He enjoys sharing his music with the community and plays regularly in three music ensembles outside of school. A fourth-year member of the California Youth Symphony, two as principal tubist with the senior orchestra, Jonathan is also a six-year veteran of the Ohlone Tuba Ensemble. Last year he became a full-time member of the Mission Peak Brass Band as their principal Eb tubist.

Recently, Jonathan was the principal tubist in the 2014 All-National Honor Band (National Association for Music Education) and performed at the Grand Ole Opry along with 150 other selected high school band students from around the United States. He has also performed in the California All-State Wind Symphony and Santa Clara County Honor Band.

As the first place winner in the 2013-2014 Yen-Liang Young Artist Competition, Jonathan performed Edward Gregson's Tuba Concerto with the Diablo Symphony Orchestra last spring. For the last four summers, he has attended the Humboldt State University Brass Chamber Music Workshop, where he had the honor of learning from and performing with professional and semi-professional musicians. Jonathan started his classical music training in piano at the age of seven and completed the level 10 Certificate of Merit in piano with the California Music Teachers' Association at age 14.

Jonathan is greatly indebted to his tuba mentor, Tony Clements, Maestro Leo Eylar and the California Youth Symphony, for the many memorable opportunities and experiences that have shaped him musically and personally. Currently completing his senior year at Monta Vista High School, Jonathan will attend Stanford University in the fall and plans to study chemical engineering with a minor in music. He will continue to seek out performance opportunities in college and beyond.