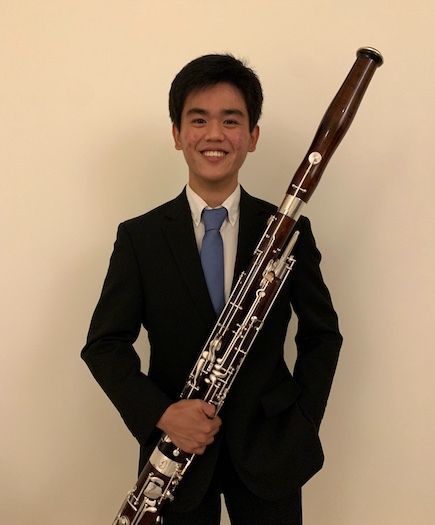 Sonny Young, 19, studied bassoon with Yueh Chou. He played in CYS from 2018-2020, where he served as the principal bassoonist in the Associate Orchestra for one year and the Senior Orchestra for two years. During his time at Palo Alto High School, he played as the first bassoon in the school’s Concert Band, Symphonic Band, and Wind Symphony, conducted the school’s pep band, and performed as a guest bassoonist at San Jose State University’s Beethoven 7th Symphony concert. He also participated in the Santa Clara County Honor Band as the first bassoon and the California All State Honor Ensembles in 2018, 2019, and 2020, with his final year as the first bassoon in the High School Symphony Orchestra. During his gap year in 2021, he played bassoon in the virtual Yale Symphony Orchestra and later served as the principal bassoon in the Stanford Summer Symphony. Sonny is currently a student at Stanford University studying chemistry.