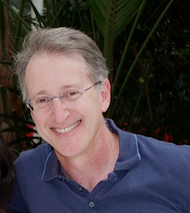 Conductor-Composer Leo Eylar, born in Los Angeles, grew up in a musical family. He began studying violin at the age of nine and was accepted into the private studios of both Jascha Heifitz and Ruggiero Ricci. His early teachers included Virginia Baker, Joachim Chassman and Eudice Shapiro. Eylar attended Northwestern University and the University of Southern California, where he received his Bachelor of Music degree Summa cum Laude. His violin teachers included Glenn Dicterow, Concertmaster of the New York Philharmonic, and Samuel Magad, Concertmaster of the Chicago Symphony. In 1980 Eylar joined the Seattle Symphony and in 1982 he was awarded an International Rotary Foundation Grant to study conducting at the Hochschule für Musik in Vienna, Austria. After studies there with Otmar Suitner, he returned to the U.S. and completed his Master's Degree in conducting at the San Francisco Conservatory of Music, simultaneously holding the position of Co-Concertmaster of the San Jose Symphony from 1984-89.

Eylar was on the faculty of the San Francisco Conservatory of Music from 1985-88, during which time he conducted a nationally televised performance of "America Sings" with Bobby McFerrin and the San Francisco Conservatory of Music Orchestra. He is also Professor Emeritus at CSU, Sacramento where he served on the full-time faculty for 30 years directing the symphony orchestra, as well as teaching music theory, history, and composition. Since 1990 he has been Conductor and Music Director of the California Youth Symphony. Under his masterful and spirited direction the orchestra soon enhanced its reputation as one of the finest youth orchestras in the world and won first prize in the International Youth and Music Festival in Vienna, Austria, in July 1994. Over the course of his tenure, the orchestra has performed to great critical acclaim across four continents. He has also guest-conducted extensively throughout Europe and Asia, including prestigious music festivals in Japan, Austria, France, and Australia. Eylar has also been a frequent guest conductor of the San Jose Symphony. With a repertoire of over 400 symphonic works conducted, as well as numerous operas, Eylar brings a vast range of expertise and depth to his conducting.

Eylar is also a composer of international stature. His compositions, which blend a rich, coloristic neo-romanticism with elements of jazz and driving Eastern European rhythmic vitality, have been performed in Carnegie Hall, as well as in England, the Netherlands, Japan, Germany, Russia, China, and Austria. His original works have been commissioned by the Dutch contemporary orchestra "De Volharding", the San Francisco ensemble "Earplay", and the prestigious German “Ensemble8”, among others. In 1993 The Temptation of St. Anthony for Horn and String Orchestra was performed by the California Youth Symphony, and was acclaimed by the press as a "symphonic gem." In 1994 the Seattle Symphony, along with well-known trumpeter Jeffrey Silberschlag, recorded Eylar’s Dance Suite for Trumpet and String Orchestra on the Delos label, which received plaudits from the press.  Also in 1994 his Variations on a Troubadour Theme for String Orchestra was performed by the San Luis Obispo County Symphony. In 1995 Eylar's Rhapsody for Orchestra, which was subsequently nominated for a Pulitzer Prize, was performed by the California Youth Symphony and recorded in Japan the following year. In 1997 he conducted the world premiere of his Violin Concerto, An Orpheus Legend, in San Luis Obispo with noted violinist Ralph Morrison as soloist. An Orpheus Legend was featured by CYS during its Spanish Tour in the summer of 1998 and recorded in Spain with violin soloist Kenneth Hsu.

The world premiere of Eylar's Concerto for Harp and String Orchestra took place in 1998. In 2004 the internationally recognized German string bass virtuoso Christine Hoockt recorded Eylar’s Suite in Three Movements for Bass and Piano as the leading work on her debut CD. Recent commissions have included an octet for the German contemporary group “Ensemble8”, a 14-minute orchestral work titled Tonescapes to celebrate the 50th Anniversary of the California Youth Symphony. Recent commissions have included a Sonata dedicated to well-known German bassoonist Frank Forst, a large-scale percussion duo titled Two Klee Sketches, and a large symphonic wind ensemble work Orpheus and the Maenads: The Last Dance based on the Orpheus legend.