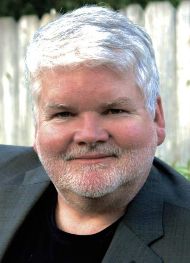 One of Northern California's busiest musicians, Co-Director Pete Nowlen has been the California Youth Symphony Brass Coach since 1992 and summer camp co-director since 2007. He has been a member of the UC Davis faculty since 1988 and currently serves as Director of Concert Bands. Pete currently holds Artistic Director posts with Camerata California Chamber Choir, the Symphony d’Oro - Rancho Cordova, and the San Francisco Lesbian/Gay Freedom Band.

Horn performance credits include the San Francisco Symphony, Opera and Ballet orchestras, Symphony Silicon Valley, Sacramento Symphony, Philharmonic and Opera, the Music in the Mountains Festival, and the International Orchestra of Italy. In 1992, Pete was the third prize winner of the International Competition for Solo Horn of the Castle of Duino, Italy, and in 1994 was a semi-finalist in the prestigious American Horn Competition.

Pete is the founder and driving force behind Sacramento’s VITA Academy, dedicated to revitalizing classical music through innovative community and audience engagement and school music programs.