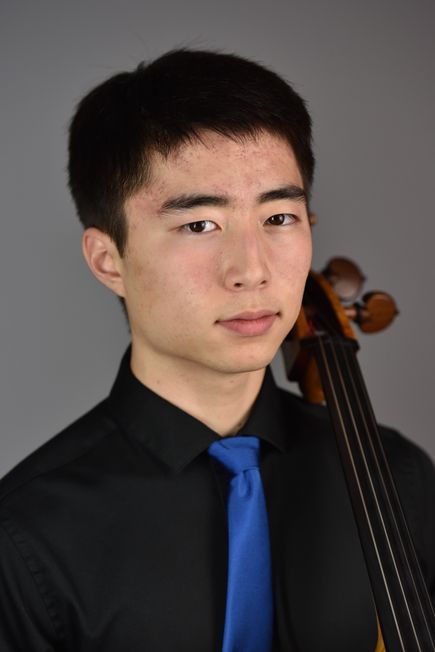 Cellist Davis You, 18, is a senior at Palo Alto High School. He currently studies cello with Jonathan Koh and previously has studied with Irene Sharp. Davis has performed in several solo engagements, including a Noontime Concerts recital in San Francisco and a concerto with the Prometheus Symphony as the winner of the 2018 Felix Khuner Competition. His awards include first place in the 2018 KAMSA Competition, semifinalist in the 2018 Klein International String Competition, first place in the 2017 CYS Young Artist Competition, first place in the 2016 California ASTA Solo Competition, semifinalist at the 2017 Tchaikovsky Competition for Young Musicians, honorable mention in the 2019 YoungArts Competition, and second prize in the 2018 Galante Competition as a member of the Trio Sonoro. In addition to his solo work, Davis is dedicated to using music to positive impact his community: he has taught cello to low-income children, organized concerts to raise money for wildfire victims, and connected with schoolchildren through classical music as a member of the San Francisco division of the Bach to Bach Project. An avid chamber musician, he is a member of the Young Chamber Musicians program in Burlingame, CA, and has attended the Music@Menlo chamber music festival and institute the past two summers.