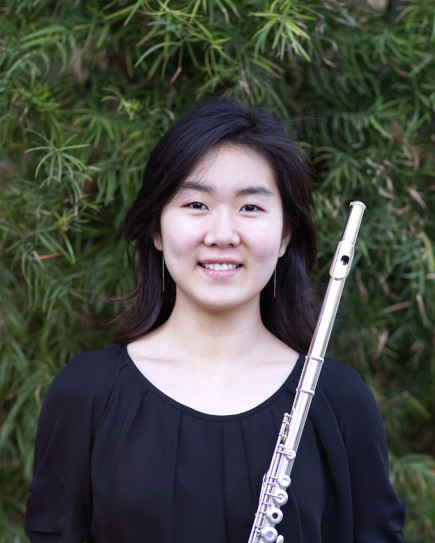 Kristie Park, 15, is a sophomore at Archbishop Mitty High School. She started playing flute when she was in 4th grade and has been part of CYS and the California All State Honor Band for four years now. She won Palo Alto Music Teacher’s Scholarship Award in her first year of study, and the award allowed her to develop her interest in flute music. In her early years, Kristie studied with Ms. Beverly Radin as well as Ms. Greer Ellison, and is currently working with Ms. Jiwon Lee. At school, Kristie leads the flute section in her school scatter band, performing at various varsity athletic events, and plays in the pit orchestra, working with the drama department to put on a production several times a year.

In addition to flute, Kristie studied piano for nine years, setting up a foundation for a better understanding of music theory in the process. She was invited to play at the Music Teachers’ Association of California Convention after completing all of her Certificate of Merit levels. Outside of music, Kristie is a competitive Taekwondo athlete, competing at national and international events. She finished in the top 8 at several competitions including the California State Championships and National Championships. However, Taekwondo is more than just a sport to Kristie, as she uses her athletic skills to volunteer at her Taekwondo school. She has also participated in a mission trip to Africa, teaching children and introducing them to healthy, active lifestyles.