Music in the Mountains Chorus

The Music in the Mountains Chorus is an auditioned community chorus under the organization Music in the Mountains, made up of about 80 singers from the Sierra Nevada foothills region. We perform several times a year, sharing our love of great choral music with the community. The chorus has its roots in the Golden Chain Chorale of the 1970s, a group of 20-40 members, part of the Sierra Musical Arts Association. The chorus has since grown into one of the top community choirs in the Sierra foothills. Many of the founding members are still part of today’s choir.

The Chorus is directed by Resident Conductor Ryan Murray, who since 2008 has been superbly guiding the growth and improvement of the group. Recent performances include an array of great choral works, such as Carl Orff’s Carmina Burana, Mozart’s Requiem, Ralph Vaughan Williams’ Toward the Unknown Region, Gilbert & Sullivan’s H.M.S. Pinafore, and Faure’s Requiem.

Music in the Mountains Youth Chorus 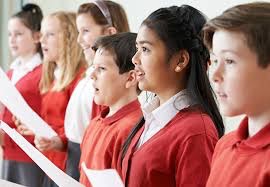 The Music in the Mountains Youth Chorus (MIMYC – pronounced “mimic”) is a community chorus for students in grades 9 through 12. This advanced level chorus learns fun and challenging music, vocal technique, rhythm, tone, and more. The chamber chorus sings both a capella and accompanied by a professional orchestra.