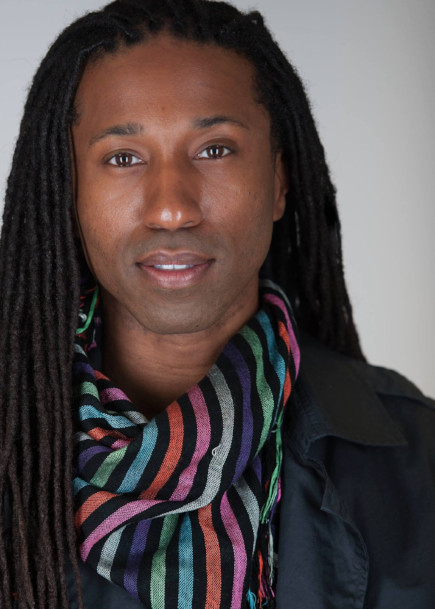 Omari Tau received his Bachelor Degree in Music Education at Michigan State University and his Master of Music in Vocal Performance at the University of Houston, Moores School of Music where he studied with mezzo-soprano, Katherine Ciesinski.  In 2012, he became Director of Opera Theatre at Sacramento State University and continues that role while also leading the Vocal Studies Program at Cosumnes River College.

Known as a singer of styles ranging from Classical, Jazz, and Musical Theatre to Pop and R&B,  his experiences as an artist intersect across broad spectrums, including composition, performance, conducting, and both musical and stage direction.   Tau has explored the voice in avant-garde musical styles at Fondation Royaumont’s Voix Nouvelle as well as in musicals such as Disney’s The Lion King, a show which he toured for nearly nine years.

Tau was commissioned by Houston Grand Opera's HGOco in conjunction with The Anti-Defamation League to create the ongoing socio-musical, theatrical experience I Am Called “Me” in conjunction with their No Place For Hate campaign.  His one-act operas Hans In Luck based on a tale by Brothers Grimm and Night at the Algonquin about and featuring texts by Dorothy Parker both received premieres by Lone Star Lyric Theater and received favorable reviews.

Tau appears on Albany Records in Roger Nelson’s operatic adaptation of A Room With A View as well as Disney’s A Lion King Christmas recordings.  Tau is currently a member of chamber ensemble MôD, in which he serves as both singer and composer of many of their works.