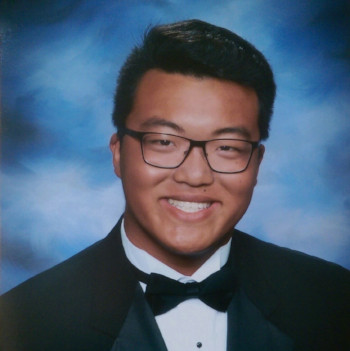 Allan Zhao started playing the bassoon at the age of 11, after many years of studying both piano and saxophone. He joined California Youth Symphony with the saxophone in fifth grade and has been in the senior orchestra with bassoon since ninth grade. Allan also participates in many other ensembles, including various honor bands such as the California Band Directors Association Honor Bands and the Santa Clara County Band Directors Association Honor Band (SCCBDA). Allan was the first bassoon for four years in a row in SCCBDA, and has been a guest bassoon player in the Santa Clara University orchestra since eighth grade.  Among many musical honors, Allan was the second-place winner of the AFAF International Concerto Competition 2016, the concerto winner of the Stanford Youth Orchestra 2015, and the second-place concerto winner of the Winchester Orchestra Young Artist Concerto Competition. He was also a finalist in the Junior Bach Music Festival for the past few years and has received honors such as Command Performances in the California Music Education Association Solo and Ensemble Festival.

Outside of his musical activities, Allan serves as a four-year varsity captain of his school’s varsity swim team, president of the Tri-M Music Honor Society, and Drum Major for his high school marching band for the last two years. Allan is currently a senior at Milpitas High School, and will attend Stanford University in the fall.