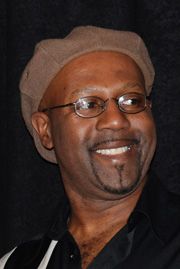 Guest artist Bryan Dyer, narrator, is a multi-talented musician who not only sings but plays and teaches several instruments including bass guitar, percussion and piano; writes and arranges music, conducts choirs and groups, and works in television, radio and film. He’s a veteran of some of the Bay Area’s top vocal groups including Street Sounds, SoVoSo, Slammin All Body Band, Linda Tillery and the Cultural Heritage Choir and Chelle and Friends. He also performs with Zadell, Rankin Scroo and Ginger, and R&B group, D.A.P. His musical experiences have him taken around the globe including several trips throughout Europe, Japan, South Korea and Jamaica. Bryan’s talents have landed him alongside such artist as Al Green, Bobby McFerrin, Michael McDonald of the Doobie Brothers, Ladysmith Black Mambazo, Huey Lewis and The News, and a host of others.