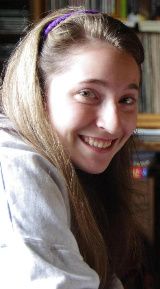 Rachel Breen, 15 years old, is the winner of the 2012 California Youth Symphony Young Artist Competition, held at Stanford University last April. She is a scholarship student at the San Francisco Conservatory of Music, and studies with Sharon Mann. Until age 10, she was self-taught. She is also the first prize winner of the Mondavi Young Artists' Competition, the Music Teachers' Association of California's annual solo competition, the Etude Club's Scholarship competition, the United States Open Music Competition, the Palo Alto Philharmonic Concerto Competition, and as a result, performed the Tchaikovsky First Piano Concerto with them this past season. She also performed this concerto with the Oakland Civic Orchestra, and is a winner of the Diablo Valley Symphony competition and the Oakland East Bay Symphony Concerto Competition. She was the third prize winner of the International Russian Music Piano Competition, the second prize at the San Francisco Chopin Competition, the Pacific Musical Society Competition, and the Yehudi Menuhin Competition. This summer, she competed in the semifinals of the Thomas and Evon Cooper International Competition with the Cleveland Orchestra. She was asked to perform for concerts for both the Chopin and Liszt International Societies, and was a featured performed seven times in the Junior Bach festival, and is specializing in the music of Bach. She is a member of the Cerberus Piano Trio. Aside from piano, she is a student at Miramonte High School in Orinda, and this year, received the first prize on the National Latin Exam, and Third Prize in the National French Exam. She hopes to pursue a career as a performing and recording artist.